Could our brains be someone else Neural Network 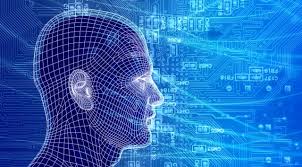 The only difference between the brain of a Nobel Laureate and mine is that he has used much of his brain capacity than me. This got me wondering why have all that extra capacity without being able to use much of it for life and the Idea struck me that our brains are probably being used to run some program by a being or something beyond our absractional level.

In my booklet The Universal Operating System I talked about how if we could give consciousness to electrons existing on the surface of a the motherboard of a computer, they could be zipping away up and down without knowing that they are part of some abstract makeup that is the software that the user is using. They could be thinking that the computer was designed for their zipping up and down, they could experience a landscape similar to our and call it their environment, they could die when the machine is powered down and they could awaken when it is powered up. They could be completely oblivious to the fact that they are just elements of our own computation.
In this same pattern of thinking, maybe our brains are actually nodes on someone's super neural net computer on which they are doing processing that we are not aware of due to the fact that a majority of our brain is not activated all the time. When thoughts shifts from one mode to another, some neural networks are abandoned and some others are activated, I believe that these abandoned networks can be used to run some kind of code at a higher abstractional plane beyond ours.
Now what got me thinking this way, I imagined that If I wanted to run a really massive neural network and need a lot of computational power equivalent to 7 billion brains, I would not try to run this network by powering it myself directly, that would be too expensive. What I would do is to make each node harvest energy substrates from its own environment. So therefore I would create humans and let them loose upon a planet, to eat, and of course procreate. The procreation would create more nodes for computation.
So you create human beings and you let them loose on a planet and install basic survival drives in them, they go along fulfilling their desires and on the side you are harvesting computational power. I think that this computational power harvesting takes place most of the time when we are sleeping and that is what could be responsible for our dreaming.
So one would say where does evolution fit it? I would say it's all part of the picture, maybe it's not only human brains that are involved in the computation maybe its every brain on the surface of the earth, with the brains of some species customized to perform specific forms of computation in idle mode, just like a typical grid computing system.
The whole process of evolution which has taken millions of years in our own time could have just been the booting process of some computer at a different abstract level of existence. All these millions of years could be just seconds and the emergence of human intelligence could just be a byproduct of this startup process, maybe the arrival of intelligence or consciousness signaled that the computer was ready for use and the being is running the program, whatever it is on our neurons.