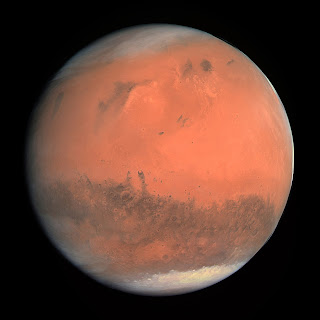 After watching some classic footage about our journey to space which was concluded by a moon landing, I kept wondering, if I could remember accurately, we first started with getting men to space, then to orbit, to orbit for longer periods of time and finally to the moon.

When It comes to Mars, why I am not hearing about plans to first of all send a mammal like the monkey that was first sent to space? Why are we thinking of directly sending humans first?

Does anyone have any explanation why or are we just trying out our bravado? If Musk hopes to reach Mars with humans by 2025 -2030 timeline, I think we should be launching the first Primate this year, and If we send a primate this year without the ability to directly observe the Primate physically because of no return mission, how can we be sure of the physical effects of planet on it.

His rocketry plans are amazing but I keep wondering about the long term effects of space on people. Are the first humans we are sending to Mars sacrificial materials? If so who will be there to tell us everything about how they died, if they do not survive. What are Elon Musk's plan for radiation shielding both on craft and on planet?

I am not a skeptic of space exploration, I do sincerely desire that humanity becomes an extraplanetary specie. But sometimes I can't help but think when I watch old footage about the early space missions, when I see the monitorless low capacity computers that were used to plan the mission I ask myself, if I was to be someone from the future, and I was back in early 1960s would I have been brave enough to be part of the first Gemini missions?

My answer is absolutely no! Those men need to be honored again in this modern times because the risks they took were not short of sacrificing oneself like a guinea pig upon the altar of humanity. No matter how hard we speculated scientifically, no matter how sure our equations were, it was pure bravery getting into that tiny can and being shot into the unknown no better than how a bullet is ejected violently out of a gun.

I seriously suggest that If a spaceship for mars is ready to go off with its first human cargo, then Elon Musk should strap on and be among them so that if he dies he can know that he achieved his dream doing so.