Is Google's PIXEL phone the end of Apple's iPhone? 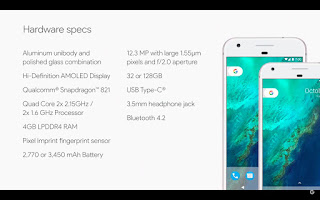 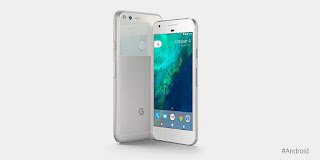 After dabbling with Motorola and later the experimental Nexus phones Google is finally getting really serious with its planned flagship phone, the Pixel. This comes as no surprise as the Android operating system is now widespread and older powerhouses like Samsung and HTC have made a permanent commitment to the platform with no end in sight.
Google hesitated to compete directly with the earlier adopters of the Android operating system because it was trying to beat the Apple flagship iOS which was eating up the world as the decline of
Nokia gave way to a new player in the market. 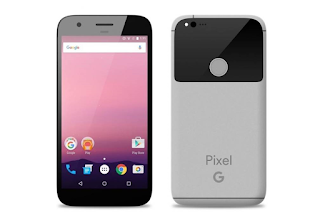 With Samsung, HTC, Sony and others now fully in the game, releasing increasingly more powerful devices every year and with the release of Samsung's numero uno, the Galaxy 7 EDGE, Google thinks it's time to enter the market in a big way, with its own power and innovation capacities.
It is clear from this commitment that Larry Page is a software guy who babysat the Android platform before leaving google in the able hands of Sundar Pichai. From recent developments I have observed, I think he is a hardware guy like Sergey Brin.
While the Android operating system was to enable the proliferation of mobile Apps which seriously boosted Google's ad business, this phone is more AI centric, coming with its own  virtual assistant and I think it will also be packed with some cool AI features google has clearly been working.
Google's commitment to AI development is unmistaken and this phone will bring AI closer to people than the fragmented Google Now app currently available on Android phones.
As a plus the new Google phone will ship with its new operating system the Nougat 7.1 I think it will be a very pleasant experience.
Apple has clearly shown that innovation has left that company. When the iPhone 1 was released I literally worshipped Steve Jobs, if you knew what the mobile arena was like back then, you could feel and see how really different the iPhone was from other phones. When I actually held one in my hands and watched the screen flip I knew that it was the beginning of the era of really smart phones, and even though Blackberry was the most popular phone of the time, it was clear that iPhone was the future.
I watched with amazement as Steve innovated across the entire Apple line, but my excitement was cut short by his untimely death. Although many big company try to structure themselves as Institutions independent of the power of any single man, I think that is an illusion. A company is a body and the CEO is the head. If you want to invest, invest in a CEO and not a company.
The currently leadership at Apple is without spirit, the innovation has died there, now the entire focus is on beautification. Although form is important, an excessive emphasis on how something looks is really the road to destroying the functionality. Nothing amazed me like the removal of the headphone jack in the desperate attempt to look innovative like Steve's Apple, that is sure to have a massively negative backlash, people are not fools, although they might not know what to expect, they know what they want when they see it and I think many people want headphone jacks.
Apply is devoid of innovation and going down the pit the same way blackberry went. There is another disturbing fact about the de-evolution of Apple, why the unnecessary yearly release? Well Jobs is gone and the current management is just trying to squeeze as much cash as they can from their mobile business before it dies, I wish them luck.
Although the Google Pixel will not be an instant hit like major iPhone releases in the beginning, it will gradually eat about 80% market share of the global phone business in just 2 years after it is released. If Google is going to have a major competition it will be a new mobile player with an innovation as great as the original iPhone by Steve Jobs, but the current iPhone 7,8,9,9.1,9plus,9plus special edition or whatever fancy name Apple will concoct will not stand a chance against the army of geniuses, nerds and geeks herded by the General Sundar Pichai. 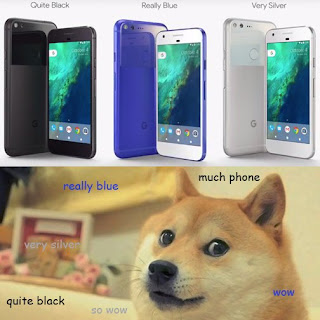 I have always wanted to use a Single android phone and I haven't really had a full android experience since I have never owned a Nexus phone. Most Android phones I have used have been made by other manufacturers who often bundle their own software leading to duplicity of Apps. The Google Pixel seems to be an all-in-one experience with everything integrated deeply and I think will be AI powered at all levels, can't wait to see what the experience will be like since the phone is rumored to be released next fall.