We cannot see Aliens because earth is in Quarantine. 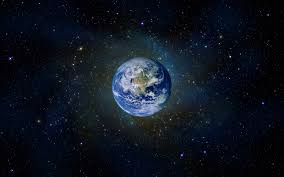 Come to think of it, if you were an advanced civilization living on a planet that has had evolved life for a billion years and you develop interstellar travel and coast around your galaxy and you notice a trend, from your own history and from the history of many of the planets in your galaxy. When a civilization rises from primitivity, develops the intellect, which means a more developed ego and a natural tendency towards acquisitiveness.


You watch as intelligent beings decimate each other for petty reasons like more land to add to a map existing on paper, you watch as the rise of intellect creates greater horror. Just see our history, what the Nazi's did to the Jews in the previous century or the slavery of the Africans. You watch the rise of religious fundamentalism, you see the constantly expanding intellect and is misutilization. You see that the so called modern man, the intellectual man, in many cases is just a beast that can calculate. What will you do? Allow them to possess interstellar travel and reach space so that they can spread their mental disease throughout the galaxy? No! I will not personally allow that to happen.
When you watch from the distance of space and see the gross misapplication of technology, you see children starving on a planet with laboratories. You see so much effort being applied to create weapons of greater and vaster capacities for destruction. You see beings polluting their environment to make increasing amounts of some fabricated piece of paper they created to give value to.
The best thing you will do with all the advanced technologies that you have developed for billions of years is to put them in a cage. A semi transparent mirror showing that space is empty when they look from the inside out, while in reality space is teeming with life and intelligence. You can look from the outside and see them but they can't see you no matter how hard they squint their eyes,  so that even if they strive harder to reach space at the deepest level of their minds they will have a strong sense of discouragement because when they eventually invent telescopes and point them out into the sky, they will see nothing but empty planets, empty space and stars.
You will block the real universe from them and put them in a simulated copy of the real thing until they develop love and mutual self respect for eachother.
Knowing fully well that humans will strive to the last bit to venture out into space you will conceal the secrets to superluminal travel. You will board them up from all corners, the speed of light will ever delay their transit through their duplicate of space, their constantly decaying DNA will limit their lifetimes and no matter how hard their intellect strives they will always turn around in circles.
Mankind has been locked in a simulation, the stars and the universe we observe with our telescopes and the countless possible earths are only a well developed television commercial, a promise, that if humanity will turn inwards and take care of each other, in a flash of inspiration the secrets will be completely revealed and our veils will be torn and we will see the real universe where advancement, love and unity abides, and inherit far many worlds that we can actually observe now. It could be a single family to a single planet if we choose to start loving each other, to start making sure that everybody is secure, fed and taken care of.
Till then mankind with its petty intellectual development will continue to strive in the dark, we will build larger particle accelerators and argue about the results we receive from our experiments with each person going on with what they understand and others going on with theirs.
We will face unbearable difficulties when we venture to mars, after a lot of sacrifice of human lives on the journey, we will still find life there a torment and many will even resort to coming back 'home' to a devastated earth.
This is just one scenario of pain, but everything can change, love can enter human relations and we will turn in and  take care of humanity and the doors of space will be flung wide open for humanity to join its galactic brotherhood.
We are just like the people of Krikit in Douglas Adams Hitchhikers Guide to the galaxy series, they suddenly gain all sorts of technological powers till they were even able to launch an object into space, yet they did not know that they were in some kind of slow time which prevented them from going beyond their space neighbourhood, while the rest of the universe ticked along with natural time, they had their clocks running slow and they did not know.
We are like those people, in a time and space prison. Scientist can calculate how possible this could be, we could have our clocks running so slowly that we are actually seeing a long gone universe of a very early time in the development of our universe, perhaps when mars had no atmosphere and venus was a burning hell or a completely fabricated virtual reality simulation. But step into the future or out of the simulation and mars is fully inhabited and venus is flourishing and Jupiter is a paradise.
We might be a billion years behind in the past and the future universe is flourishing and earth in its present state is not even observable anymore.
I admire our desire to conquer other planets, space research always brings wonderful side effects like advanced space technologies that can be adapted for domestic use, all I am trying to say here is that we should use our intellects to heal humanity and not ravage it for the purpose of flying off onto a deserted rock