THE UNIVERSAL OPERATING SYSTEM: The answer to life the universe and everything 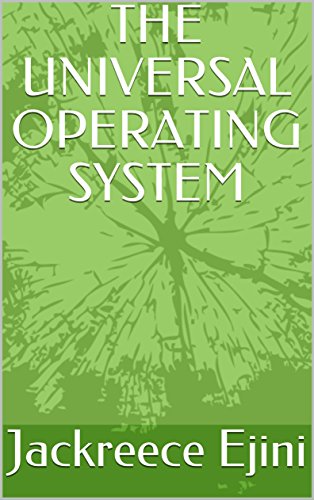 The simulation theory of the universe, the theory that states that the entire universe is a computer simulation, has taken the world by storm these days. Many versions of the theory have been promulgated by different individuals from tech titans, philosophers and the general thinking public alike. My theory is quite different from the most popular, which states that the universe is a regular computer simulation running on some kind of Von Neumann computer or quantum computer whichever you like.
I state that space, time and matter are structures executing code! That is, the physical universe which we can observe is actually the lowest level on the abstraction layers that make up the universal computer! Just like the physical electronic circuitry makes possible the abstract software that runs on a computer, the physical universe makes it possible for some software at meta levels to run, the system is in layers and at the highest level of abstraction is the no different than the kinds of software which we use.


The principle of computational equivalence stated by Stephen Wolfram states that all is computation, with the ideas in my book THE UNIVERSAL OPERATING SYSTEM available now on amazon, you will have a new, different and I hope better idea of the nature of Life, the universe and everything.